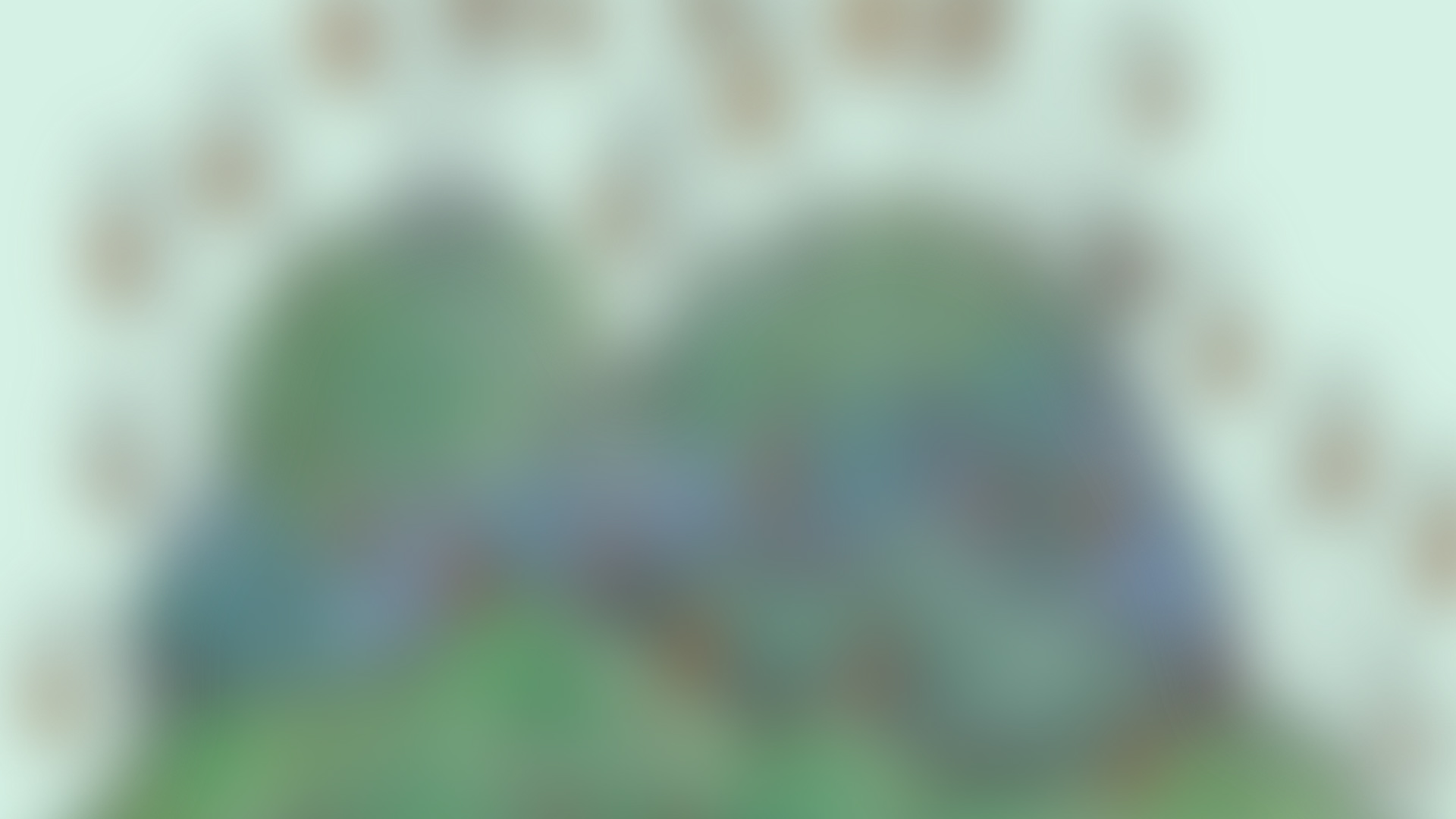 Merena was covered in a slippery cocoon. That was necessary to enter the factory. The wall was quite greasy and you could easily get through with a lubricant. As soon as Merena entered, she was surrounded by gatekeepers who looked at her suspiciously. “I have a message!” Merena called. “We shall see! Normally messengers do not enter like this, they come from headquarters ”. The gatekeepers pointed to the large round sphere in the center of the factory. “Intruders like you are usually passed directly to the garbage collection service”.

Merena was checked from head to toe, but the gatekeepers saw nothing strange about her. “It works,” Merena thought. Her Makers had made the purple buttons on her dress a little magenta. The other buttons, yellow, blue and green, were unchanged. The Makers knew that the gatekeepers only looked at the purple buttons, especially when you had groups of them together. “OK, you can continue, just go to the workshop further down,” they said.

At the workshop, Merena said again: “I have a message!” “Oh yeah?” asked the men working there. “Show us your hat!” Merena turned her head towards the men. The Makers had made a very attractive hat for her. It worked. “Come here dear, we will count your buttons”. Merena proudly showed the buttons on her dress; there were a lot of them, 4,284 in total, she knew. One of the men began to read them; he skipped the first part, but at one point he started shouting in a loud voice: “yellow-purple-green, purple-purple-blue, green-purple-green”… and so on, for a long time.

The man reading the colors did not realize that the purple buttons were actually magenta. The Makers’ ruse was successful. Another man took a brick every time three colors were called; he had 20 different bricks and for each combination of three colours he took one. Thus the construction continued while Merena’s dress was read from top to bottom. At one point the reader shouted: “Stop!”. There were more buttons, but they apparently didn’t matter. At the end, the Makers had made up to a hundred buttons, all of which were yellow. “They are there to prevent you from being eaten right away”, the men said, “but we do nothing with them”.

By and large Merena saw what the men had built; it was a chimney. “It is strange that you build a chimney in the middle of the factory,” said Merena. “Yes, but we are not finished yet,” said the foreman. “The chimney still has to be transported. Take a look at the front, at the first bricks we built. They form an address ”. Merena read: “To the roof”. “Another smart idea from the Makers”, thought Merena. The transport company already came to collect the chimney. The thing slid up through the roof with cables. Only now did Merena see that special anchors were also made in it, which ensured that the chimney stood firmly on the roof. “It is a strange chimney,” said the foreman. Normally we make them very different”. Merena kept her mouth shut because she knew the secret: the chimney the men had made looked exactly like a protuberance from the evil crown beast…

The crown beast had recently started moving around the village, from one house to another. He destroyed everything he encountered and he kept making new crown beasts, so that thousands of them eventually roamed around. It went so fast that the flying horsemen who aimed to track down the crown beasts were always too late. That’s why the Makers had come up with a brillant idea: suppose we make a chimney that resembles the crown beast, but is otherwise harmless. Flying riders always patrol the roofs, keeping an eye on the chimneys. Most chimneys are OK, but as soon as they see a deviating shape, they measure it and take the measurements to the barracks, where the soldiers are trained. The soldiers have a very good memory, they remember every millimeter. Years later, they still know the shape of the strange chimney, even though Merena’s example has long since disappeared. When the real crown beast appears, they can immediately attack it with all their might because they know exactly what structure to fight. In this way the crown beast does not get any chance to destroy the houses.

Merena saw that it was going to be okay. She had done her job. She eased herself. Her yellow tail was getting shorter and shorter and her hat was already falling off. She was gently falling to pieces. “Sweep those lumps together,” said the foreman, “After some tinkering they can be directed to headquarters where the boss will make new Merenas from them”. Thanks to Merena, the whole village remained healthy and free from the evil crown beast.

Biological explanation of the story

greasy – due to phospholipids

message – she is a messenger RNA with an open reading frame

4284 – the number of nucleotides in the Pfizer mRNA vaccine

at some point – upon reaching the open reading frame

even more buttons – the 3′-UTR

one hundred buttons – the poly (A) tail

not eaten right away – polyadenylation protects against premature degradation of mRNA

very different – indeed, because this peptide is not endogenous

protuberance – spike protein of the coronavirus

(translated from the Dutch)